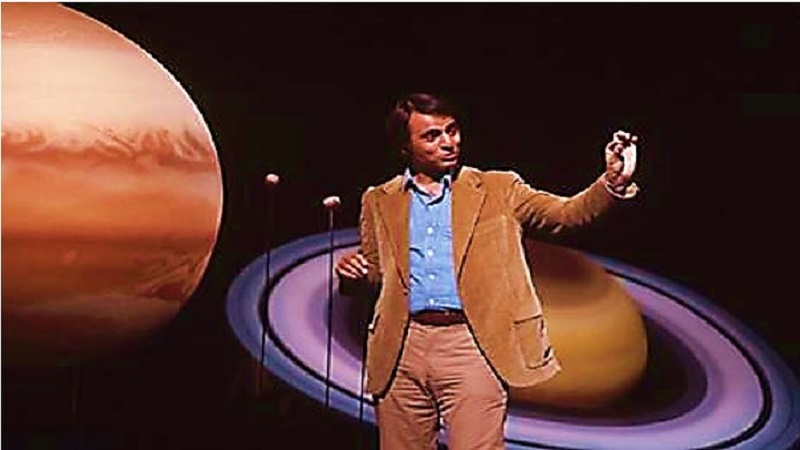 from Earth in distant space, a photo of Earth was taken at the suggestion of Carl Sagan (distinguished astronomer and Pulitzer Prize winning author).

In that photo, the Earth was depicted as a dot amidst scattered light. Inspired by the photo, Carl Sagan wrote a book on that point, ‘ Pale Blue Dot ‘, in which he mentioned that the Earth is very small compared to the vast cosmic sphere.

It is like a tiny particle in this great universe. Cosmos is a word about which information inspires children and  adults. He would be some ignorant who would say that he knows everything about the universe. It is so deep that its many systems are also equipped with the universe.

So, what exactly is Cosmos? Cosmos is a complex universal group of universes that surrounds one or more universes operating in an orderly shape. It includes time, space, matter and the natural principles that govern them.

“Look at that point again. That’s the place, that’s the home, that’s us. On it are all the people you love, know, listen to, all the human beings there have been. Our happiness, Our pains, our religions, thoughts, beliefs, hunters, heroes, cowards, builders and destroyers of civilizations,

kings and farmers, young people in love, every parent, hopeful child, inventors and explorers, moral teachers and corrupt leaders Every superstar and great leader, every saint and sinner, everything that happened in our history, vanished like dust visible in the sunlight within this blue dot.

Earth is a very small part of this infinite universe. Think of the rulers who shed rivers of blood to capture this point. The endless cruelty that people on one side inflicted on people on the other. They were so full of ignorance, full of yearning to kill each other, how deep was their hatred.

Our pretense, ego, the illusion that we are special in this universe, this point has shattered all these misconceptions. Our planet is like a single particle in this infinite dark universe. In this darkness and expanse, there is no sign that anyone will come to save us, from anywhere else.

So far it is the Earth that we know that life is flourishing here. There is no place, at least in the near future, where we can live. We can go there but cannot stay. Whether you like it or not, earth is the only place where we exist. It is said that astronomy gives modesty and character building.

But this picture is the best example of the ignorance of the human ego. It underscores our responsibility to treat each other with even more gratitude and humility so that we can cherish this earth. Earth, that one blue dot, which is our only home.”