Dinosaurs were destroyed on a beautiful day of spring 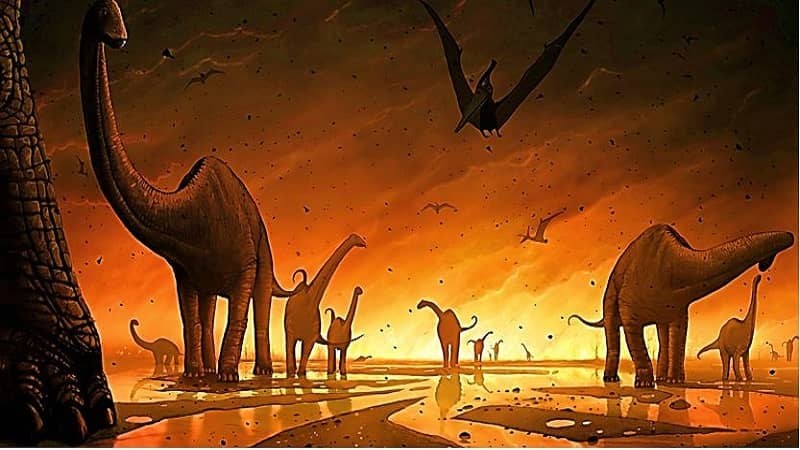 Dinosaurs were destroyed on a beautiful day of spring. Scientists have presented a picture of that day, when

within a few moments, three-quarters of the Earth’s life was destroyed. Dinosaurs were eliminated from the earth on the same day.

The thing is 66 million years ago. There was a river in the southwestern part of the US state of North Dakota. It was a beautiful day of spring. Yesterday, the fishes were playing in the river. Nearby the giant dinosaurs were engrossed in the monastery. Death rained from the sky on the same day.

Scientists have discovered that the day the dinosaurs disappeared from the earth, it was a beautiful day of spring. This information has been received from the study of fossils of fish found from North Dakota. These fossils were found very safe, so a lot of information could be found.

Even 5 thousand years ago, ear surgery was done, shocking

According to the study, it was one of the deadliest days in the history of the Earth. On that day a meteorite fell on Mexico’s Yucatan Peninsula, which was about 12 kilometers wide. The fall of this meteorite started a series of disastrous events, which spread all over the earth.

Dinosaurs were destroyed: evolution of mankind

According to scientists, about three quarters of the total living organisms on Earth were destroyed by these events. These included dinosaurs as well. With this came the end of the Cretaceous era and more favorable conditions for mammals to flourish. These conditions helped mankind to dominate other creatures.

The place is called Tanis, where the meteorite fell. Researchers have discovered that at that time there was spring in the entire Northern Hemisphere. This information has come from the study of fossils of six fish found from North Dakota. These fish died within half an hour of the meteorite falling 3,500 km away.

Scientists found that the glass-like substance had rained on the fish. They found particles of such sharp substances in the gills of fish, which had become like glass after coming into the earth’s atmosphere. It was found in Tennis that after the fall of the meteorite, a huge wave of water was created which washed away everything and buried the living beings alive. The dinosaurs that lived in the Tanis area included the most dangerous species, Tyrannosaurus.

Dinosaurs were destroyed: didn’t even notice

A research by Melanie During, who is doing her PhD at Uppsala University in Sweden, has been published in the journal Nature, in which this information has been given. Melanie During says, “Every creature that lived in tennis that day was destroyed in a few moments. They didn’t even notice.”

According to During, there are many indications that it was the season of spring. Such as the cycles of growth in the bones of fish, which grow the most in the spring and become thinner during the rest of the month. Chemicals within a fish found in fossils indicate that food availability was increasing but not at its peak. Food availability begins to increase in the spring and peaks in the summer.

Research co-author Sophie Sanchez is a senior lecturer at Uppsala University. She explains, “The spring season is very important for the survival of organisms.” She says that many creatures breed in this season. Sanchez says that it must have been autumn in the Southern Hemisphere when many creatures were preparing for winter.