Why is the Earth constantly cooling? 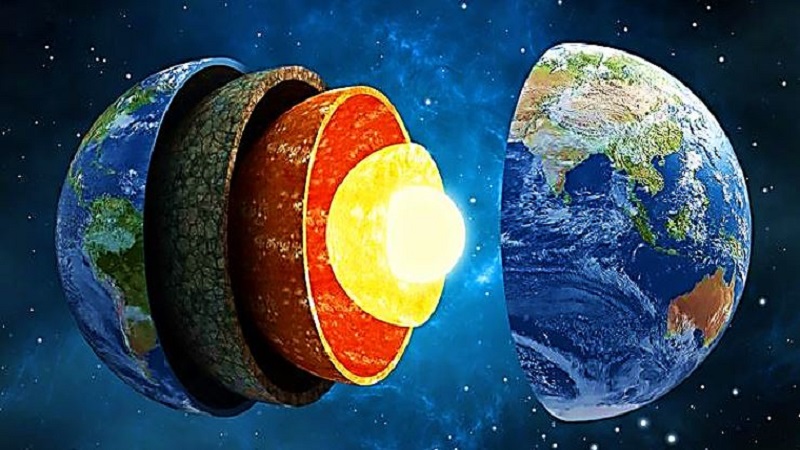 Earth constantly cooling: The womb present in the infinite depths of the earth is filled with boiling liquid. Since the Earth’s existence 4.5 billion years ago, its womb has been continuously cooling, that too much faster than estimated so far.

At the time of the origin of the earth, the whole earth was filled with boiling magma. With time, the earth slowly started to cool down, but this process of losing heat in the core of the earth continues even today.

The scientific understanding of the process of rapid loss of heat of the Earth, which has been offered till now, has now been challenged by a new research. In new research published on January 15, the rate of cooling of the Earth has been described as much faster than the old estimates.

According to this discovery by researchers from Switzerland, Germany, America and Japan, radiation plays a big role in removing heat from the Earth’s womb. But till now this role has been ignored.

The land and sea on the earth is the outermost part of the earth. Underneath this comes a layer called crust. Underneath the crust are two thickets called the mantle. One upper mantle and the other lower mantle. Within the shell of the lower mantle is the Earth’s womb in a liquid state. Scientists believe that the lower mantle is made up of a mineral called bridgmanite. The term bridgmanite is named after the physicist Percy Bridgman. Scientists think that the most abundant mineral on Earth is Bridgmanite.

Murakami says, “The heat transfer from the core is much more economical than predicted, which means that the womb is cooling much faster than expected.

Science and scientists have not yet been able to reach the Earth. This is the reason why it is not easy to find out about him accurately. Scientists so far prepare models of the Earth’s womb in the lab with the help of geophysical research data. Experiments are done on this model.

Murakami and his team used this experiment by synthesizing bridgmanite. Synthetic mineral is such a mineral which instead of taking it from nature, scientists make it in the lab. The synthetic bridgmanite used in this experiment is of a size that can easily fit in the human hand.

This sample of Bridgmanite was kept in a small chamber. Then it was compressed with diamond walls. During this the sample was also heated with a laser. According to Karin Singlokh, a geophysicist at France’s National Center for Scientific Research, the laser beam crosses the diamond walls and heats the sample.

Why are these results important?

Gerd Schtile-Naumann, who researches the Inner Earth at the University of Bayreuth in Germany, says, “The knowledge so far has been saying that radiation does not play any special role in the transport of heat on the solid earth.”

Schinley-Nauman is not part of the research, but in a conversation with DW, he said, “Murakami’s experiments confirm that radiation, from the Earth’s core to the mantle, can increase the transport of heat by about 50 percent, that is, the whole could accelerate the rate at which the Earth is losing heat.”

But some things are still not clear. “What difference does it make to the behavior of the mantle due to the cooling of the Earth’s crust,” says the French scientist Singlokh.

Even if the Earth is cooling rapidly from within, it does not appear to have any effect on the current climate crisis. According to scientists, this process of planetary cooling lasts for billions of years, while the rise in the temperature of the outer atmosphere occurs within a time frame of decades.