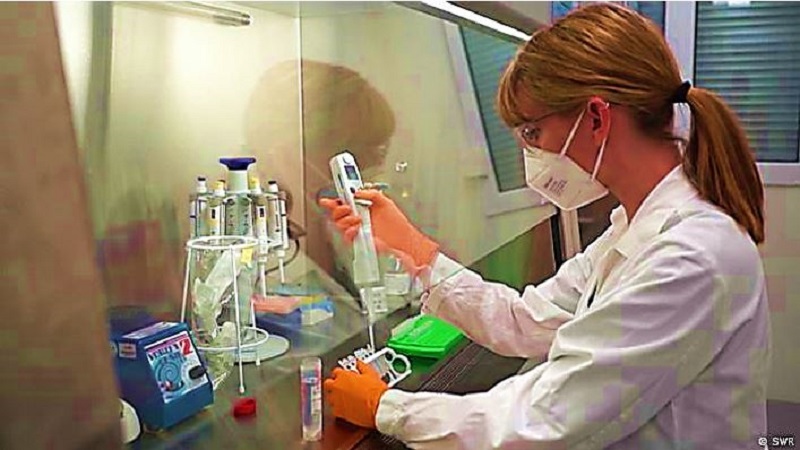 In the Human Genome Project completed in 2003, 92% of the genome was detected. Now with 100% knowledge, many genetic diseases can be detected.

Scientists have created the first complete sequence of the human genome. Now it will be easier to detect diseases caused by genetic variation and mutation in the world’s eight billion population. It is from the genome that it is decided whose body will be like and how it will work. If there is even a slight change in it, then many congenital problems can occur.

Prior to this success, in the year 2003, under the Human Genome Project, scientists had announced to make a complete sequence of the human genome. But at that time they could not read about 8 percent of the genome. University of Washington scientist Evan Eichler, who worked on the latest research and the Human Genome Project in 2003, said that “some of the genes that make us uniquely human are the dark matter (parts of which are less known about) of the genome.” ), and they were missing. It took us more than 20 years, but we found them. This research was completed last year. After peer review, it has been published in the April 2022 issue of the journal ‘Science’.

What will be the benefit out of this?

According to scientists, complete knowledge about the genome will increase the understanding of human evolution and biology. Apart from this, it will help in the assessment of the aging, the nervous system, cancer, and cardiovascular diseases. Karen Miga, a scientist involved in this project, said that “we are increasing the opportunities to understand human diseases.”

Eric Green, director of the National Human Genome Research Institute (NHGRI), the US government organization that funded this research, described it as a “unique scientific achievement”. He said, “A correct and complete human genome sequence will provide a comprehensive view of our DNA blueprint. This basic information will aid in efforts to understand every functional detail of the human genome, which will help in further genetic research on human diseases.” Will help.”

This is a joint effort of many scientific institutions in America. The National Human Genome Research Institute (USA), the University of California, and the University of Washington together formed a scientific consortium. Named Telomer to Telomer (T2T). Telomeres are thread-like structures located on the sides of chromosomes that carry genetic information.

Adam Philippi, Senior Member of T2T and Scientist at NHGRE, said on the occasion that “in the future when we sequence someone’s genome, we will be able to tell what is different in their DNA and this will help them to better their health care.” can be done.” He said, “Sequencing the human genome completely is like wearing new glasses. Because now we can see everything clearly, we are one step closer to figuring out their work.”

When the Human Genome Project was completed in 2003, scientists had made 92% of the genome sequences. According to T2T, there were three major reasons behind the 20 years it took to build the remaining eight percent.

1. Size: There are about 3.055 billion base pairs (A, C, G, T) in our body. In simple words, they can also be called the characters of the language. If they are printed in 12 read size fonts, then its length will be about 2580 km i.e. more than the distance from Delhi to Chennai. It is not easy to process such a long sequence, even with today’s technology.

2. Complexity: Some parts of our genome repeat themselves over and over again. Improved technology over the years has made it easier to identify these double parts.

3. Cost: After the results of 2003, work started in this direction. As a result, the cost of DNA sequencing is reduced. The work which used to be done for millions of dollars is now being done in a few thousand. Apart from this, powerful computers are needed for genetic sequencing. Computer technology has only improved in the last decades.

Apart from this, the scientists involved in this project were associated with many different institutions. It is also a human challenge to keep the work at the same level everywhere.

There are about 30,000 genes in the human body. These genes, divided into 23 groups called chromosomes, are found in the nucleus of every cell. Of these, 19,969 genes make up proteins, which are the basis of processes in the human body. T2T has also found 2000 new genes in the new research. Most of these don’t seem to have an effect. Scientists have also discovered about two million new genetic variants, 622 of which are associated with genes that affect our health.

The next step for the scientists would be to trace the patterns of variation in these genes. According to scientists associated with the T2T consortium, their next goal is to create templates for the DNA of more than 350 people reflecting human diversity. So that they know all kinds of diversity related to the human body.