Scientists will start testing this drug on humans at the end of this year. Information about the discovery so far will be presented at the next meeting of the American Chemical Society, which is to be held in the spring of this year.

This medicine is considered to be very important in the measures to control birth, along with this, men will also be involved in this responsibility. Birth control pills were first approved in the 1960s, and since that time researchers were showing interest in producing it for men.

University of Minnesota student Mohamed Abdullah Al Noman will present this research to the American Chemical Society. “Many research has shown that men also want to share the responsibility of controlling the pregnancy with their partners,” he told AFP news agency. 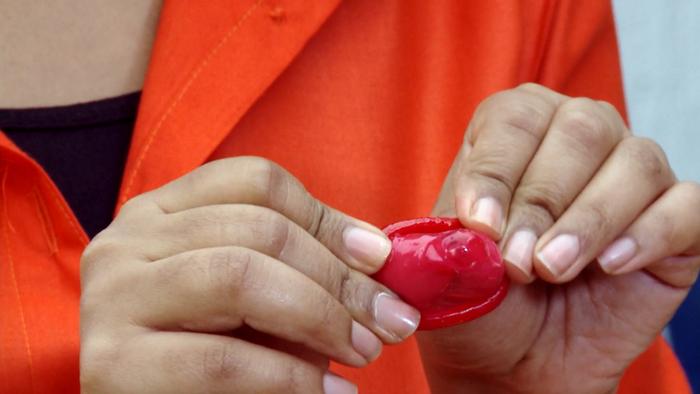 At present, only condoms and sterilization methods exist for men.

So far only condoms and sterilization measures are available with men. Surgery to reverse a vasectomy is very expensive and often not as successful.

The pills available for women use hormones to disrupt the menstrual cycle. The attempt to make such a pill for men targets their sex hormone testosterone.

The trouble is that it has side effects like weight gain, stress and increased cholesterol levels. Due to this the risk of heart disease increases.

The pills that are for women also have side effects, but since women face the challenge of pregnancy if they do not take these pills, they assess the risk differently.

To create a hormone-free drug, Noman targeted a protein named ‘retinoic acid receptor, RAR alpha’. Vitamin A is converted into many forms in the body, one of which is retinonic acid, which plays an important role in cell growth, sperm production and embryonic development.

Retinoic acid has to interact with RAR alpha for all these functions. Experiments have shown that mice that do not have the gene that produces RAR alpha are impotent. Noman has prepared a compound for his experiment that stops the work of RAR alpha. He has prepared the best molecule structure through computer model. “If we know what the key hole is, we can make better keys, that’s how computer models play,” Noman said.

The chemical they have created is named YCT529 and is designed to interact only with RAR alpha and not RAR beta and RAR gamma to minimize side effects as much as possible.

YCT529 had significantly reduced sperm counts after four weeks of feeding the pills to rats, and was able to prevent pregnancy by up to 99 percent in mating trials.

The researchers also monitored weight, appetite and all other activities and it did not show any ill effects. Although of course, rats cannot complain of headache or bad mood.

After four to six weeks the drug was stopped, after which the rats were once again able to have children.

This team of scientists receives funding from the National Institutes of Health and the Male Contraceptive Initiative. These people are working with ‘Your Choice Therapeutics’ to start testing it in humans, which will start in the third quarter of 2022.

A big question remains whether women can trust men to use it. However, the results of the surveys show that most women trust their partners and a large number of men are also indicating that they are ready to take the drug.