Human life: Mechanical revolution is about to come in human life! Science is progressing very fast. It is being said that the fourth industrial revolution is just about to happen in the world.

Very soon such intelligent machines will be made, which will do everything that humans do today. Rather, many such machines have taken the place of humans.Human life

With this, many tasks will be done easily and quickly. Companies will spend less. However, this industrial revolution has a major drawback. Due to this, people’s jobs will be lost on a large scale. Employment opportunities will be less.

At a time when the world’s population is increasing rapidly, the whole world is afraid of the loss of jobs. But, when will the machine work for you in your place? There is currently no concrete answer to this question. But many researchers are looking for the answer.

Katja Grace of Oxford University’s Future of Humanity Institute and her colleagues have done a lot of work on this. He has tried to find the answer to this question by talking to 352 scientists from all over the world.

Human life: All work by machine

Based on the conversation with these scientists, Grace and her team have prepared a graph of some estimates. According to which when your work will be handed over to the machine, it has been estimated.

This graph also shows how long this is likely to happen, and the maximum amount of time it will take. For example, the job of truck drivers may be that the machines will start doing it in the next ten years. This work will take a maximum of 25 years.

At the same time, it may take the next 75 to 100 years to completely hand over the work of artificial researcher to the machines. Scientists estimate that in the next 125 years, machines may start doing all the work that humans do today. According to scientists, the probability of this thing is around 50 percent.Human life

The good thing is that most of us will have jobs until the revolution of machines arrives. According to research, there is a 50% expectation that machines will do all the work of humans in the next hundred years.

Katja Grace says that the most surprising thing in her research was that machines are not getting better as fast as we feared. According to the estimates made by the scientists, it is going to take a lot of time for the machines to do many things. 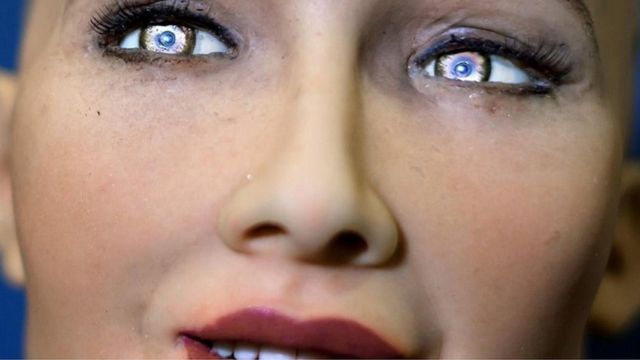 What do the results of this research say? According to this survey, such machines will be ready by 2021, which will wash and dry clothes and then keep them folded. That is, if you work in the laundry, does it mean that your job is at risk?

Maybe not. Machines still exist that fold clothes. The University of California, Berkeley, USA, has created a robot that folds towels, jeans and shirts. In 2010, it took 19 minutes for the robot to fold a towel.

But by 2012, the robot took only five minutes to fold a pair of jeans. The robot was able to find and fold a T-shirt in 6 minutes. Robots are also doing the difficult job of finding pairs of socks and preserving them.

Despite the progress of science, such robots will take more time to completely replace humans. Jeremy Wyatt of the University of Birmingham, UK, says that such assumptions about machines cannot be trusted too much.Human life

According to Jeremy, doing this in the lab and practicing it in real life are two different things. Looking at all the things in the rapidly changing environment, it will not be so easy for machines to take decisions and work. This will be very difficult for any machine.

Self-propelled cars, self-delivery home delivery machines are in the era the internet used to be in the 90s. On the front of transporting goods from here to there, the matter is ten years behind even that.

Your Assistant Robot – The job of those who wrap towels is currently safe. In the next twenty seals, truck drivers and retail shopkeepers will have to think about their jobs. Researchers believe that by 2027 machines will start doing truck driving.

And the work of selling goods at the shop will be handed over to the machines by 2031. But, the job of those working to make you choose your favorite jeans by showing you clothes in shops is still safe. How you look, machines may not be able to tell this thing even in the next twenty years.

But now people are shopping online on a large scale. In such a situation, robots working for online companies will easily do the work of warehouse. Online companies are using Artificial Intelligence extensively in their business.

There is no need to be afraid of machines – the most difficult tasks for machines will be those which a person learns from years of training and experience. For example, decision making. Thoughtful responsibility. At present computers are not able to do this work.Human life

Experts believe that robots doing surgery can hardly be made before 2053. And now it will take at least 43 years to make machines that do mathematical research. The machines that write the bestselling novels may be ready by 2049.

By the way, many machines are still doing work like writing. Google has started training its artificial intelligence machine to write articles on romantic novels and news. A robot named Benjamin writes scripts for short science-fiction films.

Although it is very random. At the same time, a computer named Automated Insights works to sort news, finance and sports related articles according to the needs of the people according to agencies like Reuters and AP.

Adam Smith, COO of Automated Insights, says that the purpose of technology is to help humans. They cannot completely take the place of humans. Journalism being done through machines was not there before. But still, human intervention is needed in the articles that robots produce.

Right now, the news that machines generate, they work according to a formula. Information is extracted from a pile of data. Then the machines do the work of filling it in the grooves. It might take another thirty years to build the bestselling fiction writing machines.

Efforts to play with the tongue, to develop machines to create new rhetoric have so far failed. Jeremy of the University of Birmingham says that the biggest challenge is to make such literature or other material with machines, which is liked by humans.Human life

No one can guess the choice of human beings. In such a situation, the machines should prepare the goods accordingly, this is a big challenge. Katja Grace believes that one thing is clear from her survey, that there is a mechanical revolution in human life.

In the coming times, machines will be able to do everything that humans do today. But there are some things that will always remain in the hands of man. Such as the priest of the church or the priest of the temple. Now who would like to hear the mantra from the machine? That is, the job of those who do this work is confirmed even after 125 years!