One billion dollar Australian plan to save reefs in question 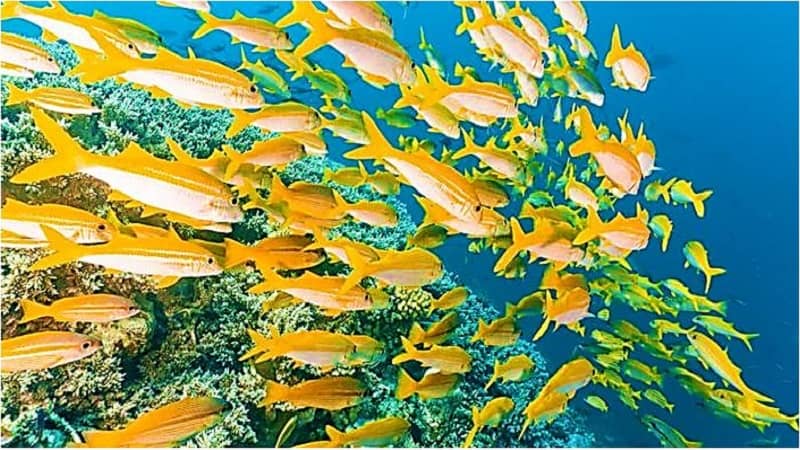 save reefs: One billion dollar Australian plan to save reefs in question

The Australian government announced a billion dollar plan last week. The nine-year-long plan aims to protect the world’s largest coral reef, the Great Barrier Reef, which is at risk of extinction.

This is the largest investment ever to protect the reef, announced by Prime Minister Scott Morrison in Cairns, Queensland. This plan will focus on the development of such technologies and water management systems, which are necessary for the protection of the reef.

Most of the investment in the new scheme will be towards reducing water pollution and improving water management. Many organizations working for environment and reef protection in Australia and globally have welcomed this plan of the federal government. The World Wildlife Fund has said that this is positive news.

Richard Lake, Ocean Chief of WWF-Australia, said: “This is great news for our national emblem and a sign that the availability of reef funding will remain almost at current levels. Water pollution needs to be addressed to protect the reef. The government has missed its target in reducing it. Therefore it is necessary that this investment is implemented in a way that improves the quality of water. There is also a need for more stringent laws against water pollution and strict enforcement of them.

The Australian Marine Conservation Society (AMCS) has also welcomed the Morrison government’s announcement. Jamie Webster, the organization’s water quality expert, says, “This investment is welcome to address one of the biggest threats to the future of the reef. Increasing investments in tackling water pollution to enable the reef to combat climate change.” is necessary.”

Although Webster is still waiting for the details of the plan to come out in order to understand it better, he does not shy away from praising the intention. “The kind of crisis the reef is currently facing, and the slow progress made in reducing water pollution, it is imperative that investments in water management over the next three years are increasingly used,” he says. It is also necessary because the Queensland state and Australian governments have failed to meet the $4 billion target that was promised to be provided by 2025 to achieve water quality.”

Despite the praise and reception, many experts consider this scheme to be insufficient and are not happy with the announcement of the government. Jodi Rumer, associate professor who teaches marine biology at James Cook University in Queensland, says the announcement didn’t excite her.

In an interview with the local public channel ABC, Ramar says that the announcement does not seem special without mentioning the change in weather. “We must spend our resources and money toward achieving the goal of net zero by 2035 and reducing our emissions by 75 percent this decade,” Ramar said.

Dr. Rumer is one of many experts who believe that Australia is not doing enough to fight global warming. She says, “What we have seen so far is that a 1-1.2 degree increase in global warming has brought 3 million heat-waves in five years and 98 percent bleaching of reefs around the world. Here Australia is no different from the rest of the world. This is the problem of the whole world.”

Australia’s opposition parties have also criticized the government’s plan. The opposition Labor Party’s environmental affairs spokeswoman Terry Butler has questioned the timing of the plan’s announcement. He said, “The government has made this money available for ten years. We do not know how much of this money will be spent now and how much will be spent in the coming seven, eight or nine years.”

The Australian government’s stance on environmental change has been constantly criticized. Not only local politicians and activists, international environmentalists have also been saying that Australia is not doing as much as it should in fighting global warming.

According to the country’s Meteorological Department, since the data was submitted in 1910, the temperature of Australia has increased by 1.44 (+- 0.24) degrees and the incidence of extreme heat has increased continuously in the country. The department says that since 1970, there has been a 16 percent decrease in the rainfall between April and October in the southwest part of the country, while the May-July rainfall has decreased by 20 percent.

Australia has also recorded an increase in the number of fires, extreme heat events, and the length of the fire-prone season in Australia. The number of cyclonic storms has decreased since 1982, but data since 1910 shows that ocean temperatures around the country have risen by 1 degree and their acidification has also increased, leading to an increase in ocean heatwaves.