Three ways to save jobs in the age of robots 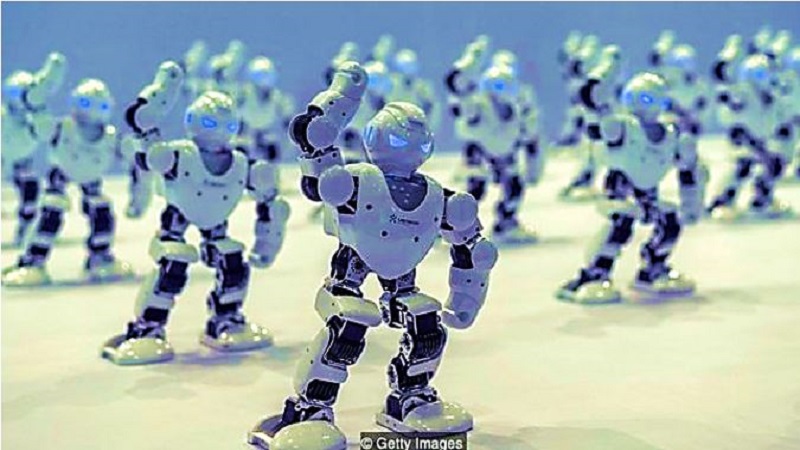 Three ways to save jobs in the age of robots. As the artificial intelligence of machines becomes more useful and

widespread, workers are beginning to worry that the new era of automation may affect their career prospects.

A recent study by Pew Research found that in 10 developed and emerging economies, most workers expect computers to do most of the work that humans currently do within the next 50 years.

The uneasiness of workers about the effects of artificial intelligence and automation on the job market is clearly visible.

There are varying estimates as to what portion of the workforce will be automated. These estimates range from 9 per cent to 47 per cent.

Economic advisory company McKinsey estimates that by 2030, robots will do the work of 800 million workers worldwide.

Some jobs will change dramatically while others will disappear altogether.

If automation is changing the job market like a game of musical chairs, is there any way to make sure you keep your job even after the music is turned off?

Can education help robot-proof your career?

According to Joseph Aon, President of Northeastern University, securing a job in the future will depend less on choosing the right job and more on continuously enhancing skills.

Aon is also the author of the book ‘Robot Proof: Higher Education in the Age of Artificial Intelligence’.

He says that education has to be completely changed if workers are to adapt to the new environment. He sees a solution to this problem in humanics, which has three basic pillars:

Understanding how machines work and interact with them.

As the capabilities of artificial intelligence and robotics continue to grow, machines will also enter roles that are currently monopolized by humans.

Some workers will not survive, but others will work with machines and perhaps even be more productive than ever.

Workers with understanding of coding and engineering principles will be preferred in new workplaces.

Workers have to be data literate to read, analyze and use information. These information are now guiding everything from major business decisions to stock selection and purchase decisions.

What can humans do that machines cannot do in the near future?

Aon embodies creativity, cultural agility, empathy and the ability to take information from one context and apply it to another. Educationally, this means less emphasis on classroom and more on practical learning.

Automation will threaten many white-collar jobs, such as accounting, according to the World Economic Forum, while the OECD says low-skill jobs will be hit hardest and the strong link between education and income will remain.

In both cases, the skills of the workers are becoming obsolete faster than ever before.

what has been learned has become obsolete

“Till a generation ago, a skill used to become obsolete in about 26 years. Today it is only about four-and-a-half years old,” says Indranil Roy, head of the Future of Work Center of Excellence at global consulting firm Deloitte.

Aon doesn’t see the rapid pace of change as necessarily a downside. Universities have to focus on providing lifelong education and mid-career training.

He says, “We are constantly getting old. In some ways this is a great opportunity for all of us to re-educate and update ourselves. Those who can do that, they will be able to progress.”

The present education system of colleges and universities is not ready for this new reality.

Aon says that helping students to graduate is as important as helping them master the humanities.

Solutions will come from an increased emphasis on real-world experiences. It can also mean doing a job or a long-term internship while studying.

Along with career experience, it also teaches students the skills to negotiate and mingle with peers.

“It also gives you opportunities to see new opportunities and plug gaps. This is where you can decide whether to start a company or do something else.”

Roy agrees that intangible life-skills are becoming increasingly important to many employers.

Some of Deloitte’s progressive customers use artificial intelligence for skills such as analytics.

For in-depth technical skills, they hire free-lancers and only those people who are enriched with life-skills and values ​​that are closely related to the organization.

But Roy says such skills often come from outside the university environment.

McKinsey estimates that by 2030 people will spend 55 percent more time using technical skills than in 2016.

The World Economic Forum thinks that automation will not reduce jobs, but will increase, because some jobs will be lost but more jobs will be created than that.

Roy says that in the workplaces of the future, robots will work alongside humans. Some Deloitte customers have artificial intelligence systems and even attend meetings.

Aon agrees that it is important to understand and adapt education to our changing relationship with machines.

“Just like when we have a self-driving car, the training of driving will change. So if technology is killing some areas, but it will not be able to out-maneuver humans.”

Most importantly, humans need to focus on skills that are difficult for artificial intelligence of machines to imitate.

To acquire knowledge especially from one context and apply it to another context. Humanics itself is a combination of three different disciplines.

Aon says, “We humans are creative, original and entrepreneurial. We are able to mingle with other people, to work with them. We have sensibility.”

“We can be culturally agile, work with people from different backgrounds. We are capable of being global.”

Roy says that universities in the US, Canada and Australia are focusing on multidisciplinary studies. But colleges and universities in other countries still follow the traditional pattern.

Technology continues to raise our expectations. Change is certain. Roy says that machines are surprising every day by breaking barriers.

Maybe they even need to survive in a situation where all the chairs are constantly moving.