Travels are about to change like this due to technology 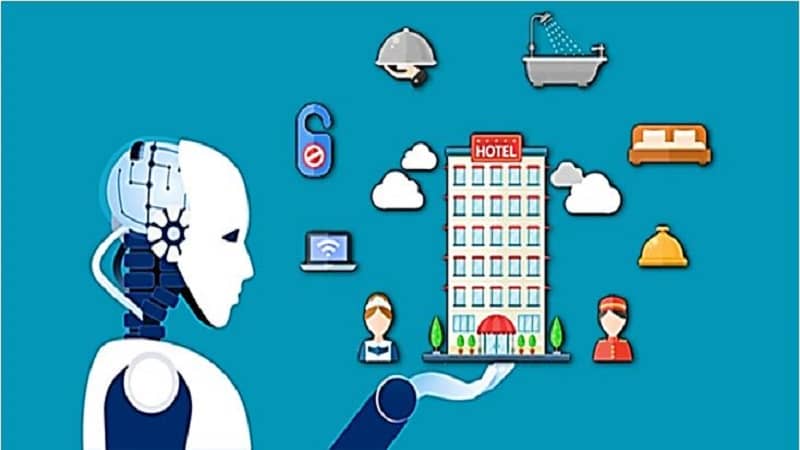 Travels are about to change like this due to technology.

The effect of Kovid has been that the techniques which were in the experiment phase, started their use. These technologies have completely changed travel.

Players from all over the world, who had come to participate in the 2022 Beijing Olympics, got to see a different world. Robots were moving in front of them. He was cleaning, checking the temperature of the guests and preparing and serving food. But this sight is about to become common now.

The future has come quickly with the arrival of Kovid. That is, those techniques have come quickly, on which work was going on. As a result, every aspect of life has changed. The most affected have been travel. On one hand, travel has reduced, and even if there is a journey, its nature will be somewhat different. See what new things can be seen while traveling this year. Travels are about to change like this due to technology

Till now, apps were being used for hotel booking, now hotels have gone a step ahead. Recently Hilton Hotels has released an app through which you can choose the room of your choice and its features. The map also shows a hotel map to help you choose rooms.

Now there will be no need to go to the reception to get the key of the room in the hotel. Your phone will act as the key to the room. You just have to download the app. Hyatt Hotel is offering such a facility, in which after downloading its app, you can unlock the room with the help of Bluetooth. The same app works for 600 Hyatt hotels around the world.

In December last, Hyatt made it easier for its customers who are Apple phone customers. They’ve added the key to Apple Wallet, just like your credit card is linked. That is, there is no need to even open the app to open the room. Just hanging the phone on the lock will suffice.

Disney has released a new feature in the US called Genie. This is an app that lets you visit Disney’s theme parks. Through this, customers can plan their holidays in a better way. You can decide where and when to go. Seeing where the crowd is, the app will tell where you should go at this time and where not. A similar feature will also come at the airport and other places where there are lines. The app will tell in advance how long the line is. Accordingly, you can save your time. A porter carrying a special tradition of Istanbul on his back

Travels are about to change like this due to technology

You order from home to get mine delivered, now you will be able to order from your rooms in hotels as well. This facility has already started in some hotels of Hyatt.

Robots have handled a lot of work at the airport. These include everything from cooking and serving food in restaurants to cleanliness, security checks and baggage checks, etc. In September, this experiment started at Los Angeles Airport where robots were taking food and distributing it to customers.

Now apps are being used for renting a car by going to other cities. You can book a car through the app even before you leave for the journey and when you reach there the car will be ready for you. The advantage of this is that you can take the car from wherever you want and leave it wherever you want. The key will also not be needed as the car will be opened from the app itself.