But at the same time there are some who say that this human being is completely destroyed. Well the truth is that most people do not know anything about it.

From scientist Stephen Hawking to businessman Elon Musk and Microsoft owner Bill Gates, it has been said that humans can be challenged by super-smart machines in the coming times.

That’s why scientists like Elon Musk are investing money in projects like ‘Open AI’. By which intelligent machines helpful for humanity will be prepared.

Let us first understand what is Artificial Intelligence (AI)?

There are many machines in factories that keep doing the same work over and over again. But those machines cannot be called smart.

Artificial intelligence is that which understands human instructions, recognizes faces, drives vehicles by itself, or plays to win in a game.

Now this artificial intelligence helps us in many ways. Like Apple’s Siri or Microsoft’s Cortana. Both of them do many types of work on our instructions. In many hotels, robots host the guests.

Today automatic cars are being made. Similarly, there are many computer programs, which help us in taking many decisions.

For example, Google’s artificial intelligence company DeepMind is working on several projects in collaboration with the British National Health Service.

Nowadays machines are even doing human surgery. She detects all the diseases in the human body. 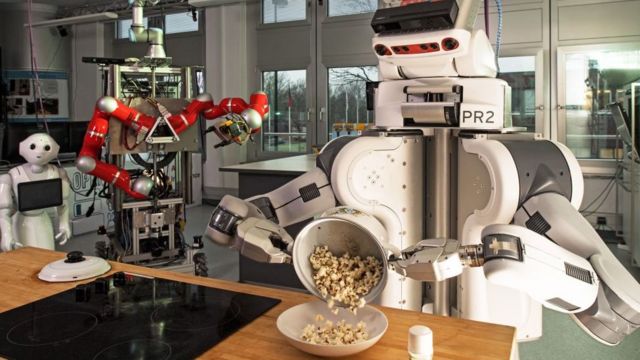 Similarly, the help of these artificial intelligence is being taken to run many complex systems. Like, the system of movement of ships all over the world is being run with the help of computers.

Who decides when the ship will pass, which way, where it will deliver the goods, all these machines give instructions. That is, this artificial intelligence is being used for air traffic control.

Similarly, from the mining industry to space, this mechanical mind is being used to help humans.

From the stock market to insurance companies, machines are taking the help of the mind.

Now that our lives are becoming more accustomed to machines, the more danger than any smart robot rebelling, is our increasing dependence on machines.

Filling the data in the machines, they are asked to draw the results. But sometimes manipulation of data can push these machines towards drawing wrong results. In such a situation, we can become victims of the mistakes of smart machines.

In today’s date, machines are detecting diseases ranging from detecting the habit of human beings to criminals.

In such a situation, we should not always expect the correct answer from the machines. It is necessary to re-examine the answers given by them.