Why are there so many holes in biscuits? Not just design, deep science is hidden behind it

Why biscuits have holes: Who does not like to eat crispy, tasty and yummy biscuits. This is such a combination with tea that still reigns in the hearts of people. The market for biscuits is worth thousands of crores. When the demand for many flavors and different types of biscuits increased, they were divided by tagging them.

For example, the biscuits that are favorite of children have become biscuits for children. There are now sugar free biscuits for diabetic patients. From chocolate to nankhatai, there are so many varieties that sometimes it becomes difficult to understand which one to eat and which one should not.

From flavor to design all different

These biscuits have a different design from flavor to type of biscuits. But have you ever noticed that there are many such biscuits in which the hole remains? (Why biscuits have holes?) Let us tell you what is the function of holes in biscuits.

You must have also eaten many sweet and salty flavored biscuits which have holes made on them. Many people think that these holes are made to give them a design. Although this is just a simple reason, these holes are also associated with their manufacturing reasons. That is, a science also works behind making these holes. 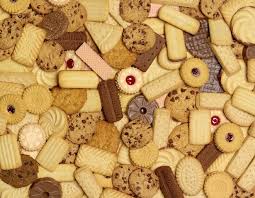 Holes in biscuits: The science behind the hole in the biscuit

Before the biscuits are made, the flour, sugar and salt are spread on a sheet-like tray and placed under a machine. After this this machine makes holes in them. Without these holes the biscuit cannot be made properly. During the process of making biscuits, some air is filled in them, which swells due to heating during heating in the oven. Due to this, as the size of the biscuit gets bigger, the dish starts to get dissipated.

Holes in biscuits: Holes are made to remove air and heat

In such a situation, holes are made in them to prevent them from increasing in size. Hi-tech machines make these holes evenly spaced and even. By doing this, the biscuits rise evenly from all sides and cook properly. As many holes are made in the biscuit, so that after cooking it becomes crunchy and crispy. A scientific reason for making holes is to take out the heat in it, if there are no holes, then the heat of the biscuit will not be able to come out and they will start breaking from the middle.